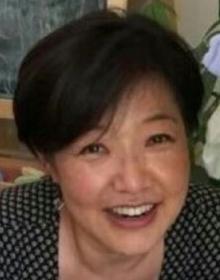 Hyun Ju Woo is a Senior Program Manager in the Office of Professor Emeritus of Global Health (and Senior Advisor to the Malaria Elimination Initiative) Sir Richard Feachem, at the Institute for Global Health Sciences of the University of California San Francisco (UCSF). She joined UCSF in 2000 and has worked with Sir Richard since 1999, during his transition from the World Bank to UCSF. From 2002 to 2007, Ms. Woo was Manager and Coordinator of the Global Health Dinner Series and worked closely with the Development Office at the UCSF Foundation. Before moving to the Bay Area, she worked as a legal secretary in Austin, Texas. She also served as the Passport/Visa Manager and Assistant to the Vice-Consul at the Embassy of the Republic of Korea in Negara Brunei Darussalam.