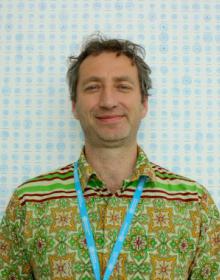 Roly is the former Director of the MEI, leading the group from 2011 to 2021. Prior to leading the MEI, Roly worked in West Africa at the Medical Research Council laboratories in The Gambia and spent 7 years working in Tanzania, first as faculty for University College London and later for the London School of Hygiene and Tropical Medicine (LSHTM). During this time he worked on clinical trials for malaria drugs and prevention, and tuberculosis treatment. Since joining the Malaria Elimination Initiative in 2011, Roly helped build MEI into a global leader in malaria elimination and was responsible for the development of programmatic tools to improve implementation and impact of new (and old) malaria control and elimination strategies.

Roly has an MD from The University of Nottingham in the UK and an MSc and PhD from LSHTM.