The WHO World Malaria Report tracks global progress towards the goals set out in the Global Technical Strategy (GTS) for Malaria 2015 – 2030. The latest report, released in November 2020, documents progress and challenges from 2000 through 2019* as we close in on the first set of GTS milestones for 2020. Despite tremendous global headway in reducing malaria cases and deaths since 2000, the stagnation in progress first observed in 2016 has persisted. The 2020 World Malaria Report projects that we will miss the two GTS 2020 milestones for case and death reduction by 37% and 22%, respectively.

Malaria trends over the past few years have not been consistent, however. While progress has slowed and even reversed in higher burden countries, low burden countries continue to move closer to elimination. The 2020 elimination milestone set by GTS, to eliminate malaria in at least 10 countries that were endemic in 2015, has already been met. The 4th GTS milestone, prevent re-establishment of transmission in all malaria-free countries, had also been met through 2019.

* The 2020 World Malaria Report only presented data through 2019, thus the trends and projections do not take into account the COVID-19 pandemic that caused widespread disruption of societies, economies, and health systems throughout 2020.

Other key points from the 2020 WHO World Malaria Report 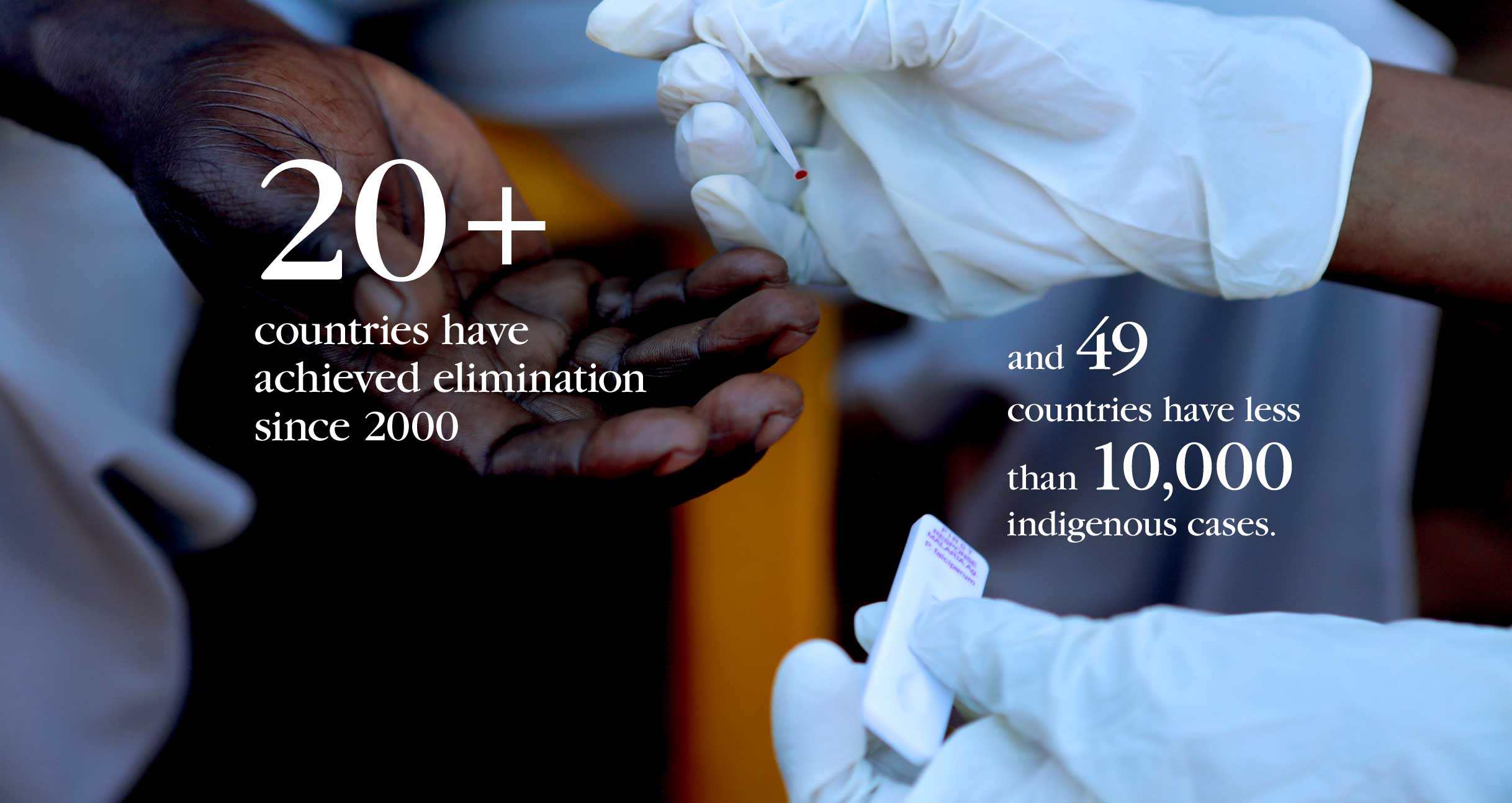