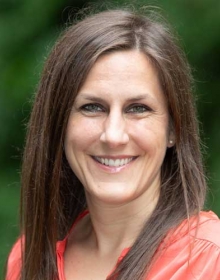 As a Program Coordinator at the UCSF Malaria Elimination Initiative (MEI), Andrea manages, plans and administers the operations for Project BITE (Bite Interruption Toward Elimination).

After receiving her undergraduate degree, Andrea joined the U.S. Peace Corps where she served as a health volunteer in rural Cambodia. For two years, she worked in the local health center and hospital where she led and directed high quality health initiatives and educational programs. After completing her service, Andrea returned to the States and has worked in public health for over ten years. Andrea has experience with non-profits, academia, and healthcare systems, promoting equity among various vulnerable populations.

Andrea completed her MPH, with a focus on Global Health and Environmental Health, at The George Washington University and received her BS in Health Science at Boston University.