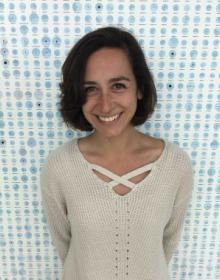 Elodie Vajda is an Entomologist and Vector Control Research Manager at the UCSF Malaria Elimination Initiative (MEI). As part of the MEI’s Vector Control team, Elodie provides both on-site and remote support to various entomological surveillance programs and studies in southern Africa, Central America, and Southeast Asia. Specifically, she contributes to and leads technical, program management, coordination, and planning activities. She is also involved in a large-scale project to evaluate novel bite prevention tools in the Greater Mekong Subregion (GMS). Prior to joining the MEI, Elodie worked as a Regional Entomologist, supporting the emergency Zika response in the U.S.-affiliated Pacific Islands.

Elodie holds an MSc in Entomology from McGill University in Montreal, Canada and a master’s degree in International Public Health from The University of Sydney in Sydney, Australia. She is French-American and has a keen interest in public health entomology.