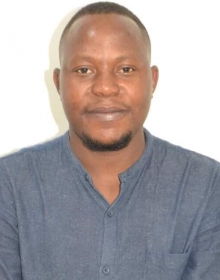 Dr. Steve Gowelo is an Entomologist & Vector Control Program Manager at the UCSF Malaria Elimination Initiative (MEI). Steve is based in Malawi and is interested in the control of vector-borne diseases. With nearly a decade of experience in both field and laboratory-based entomology, Steve has worked on malaria, arboviruses, and human African trypanosomiasis (sleeping sickness). He is strongly interested in community involvement in the control of vector-borne diseases for increased intervention coverage and sustainability. As part of his doctoral research, Steve evaluated the role, impact, and feasibility of a participatory approach to community-based larval source management (LSM) in southern Malawi. Prior to joining the MEI, Steve was a postdoctoral research fellow at the Partnership for Increasing the Impact of Vector Control (PIIVeC) at the Malaria Alert Centre (MAC) of the Kamuzu University of Health Sciences (KUHeS). KUHeS was recently formed from the merging of the Kamuzu College of Nursing (KCN) and the College of Medicine (CoM), two former colleges at the University of Malawi. Steve also serves as an Adjunct Lecturer at the University of Malawi and has research collaborations with the Vector Biology and Neglected Tropical Diseases Research Groups at the Malawi-Liverpool-Wellcome Trust Clinical Research Programme.

Steve has a PhD in Medical Entomology from Wageningen University & Research (WUR), the Netherlands, and an MSc in Biological Sciences from the University of Malawi.